This place is straight out of a time capsule. Nothing has changed since 1987…maybe a fresh coat or two of the same color paint. (But there are two laser tag places on the island, so really the whole island is a step back in time.)

That said, the food was GOOD! I had the mixed grill special: shark and shrimp. Both grilled. The shrimp was a touch over grilled, but the shark steak was on point. The shrimp was on a skewer on top of the shark. That was topped with a spiced corn concoction and the topped again with very thin fried onion strips. Together it was a great mix of flavors that complemented each other.

The sides: I chose mashed potatoes and mixed veggies. The wife’s veggies were mostly carrots, mine was about a half of a squash with a few green beans, a carrot, and a couple of slices of zucchini. Their tray in the kitchen must not have been stirred very well. But it had a nice flavor. Every thing was cooked properly. The veggies weren’t over or under cooked. If you’ve read my review of Rooster’s Southern Kitchen, a few blocks down the street, you’ll know that folks on this island go all in for Colorado Golden potatoes. Mako’s knows how to make you want another serving of their Colorado golden mashed potatoes. Rooster’s…not so much.

The wifey had grouper with shrimp Parmesan. I’m so hungry writing this. My mouth is watering thinking about it.

Mako’s is a hard Yes! 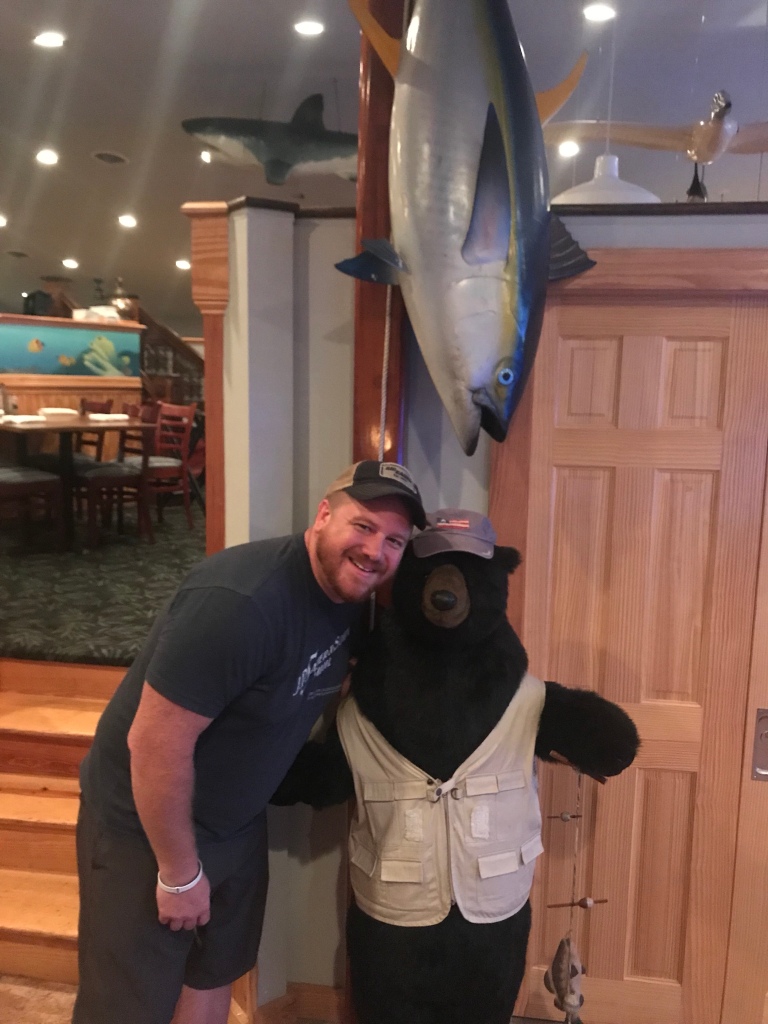